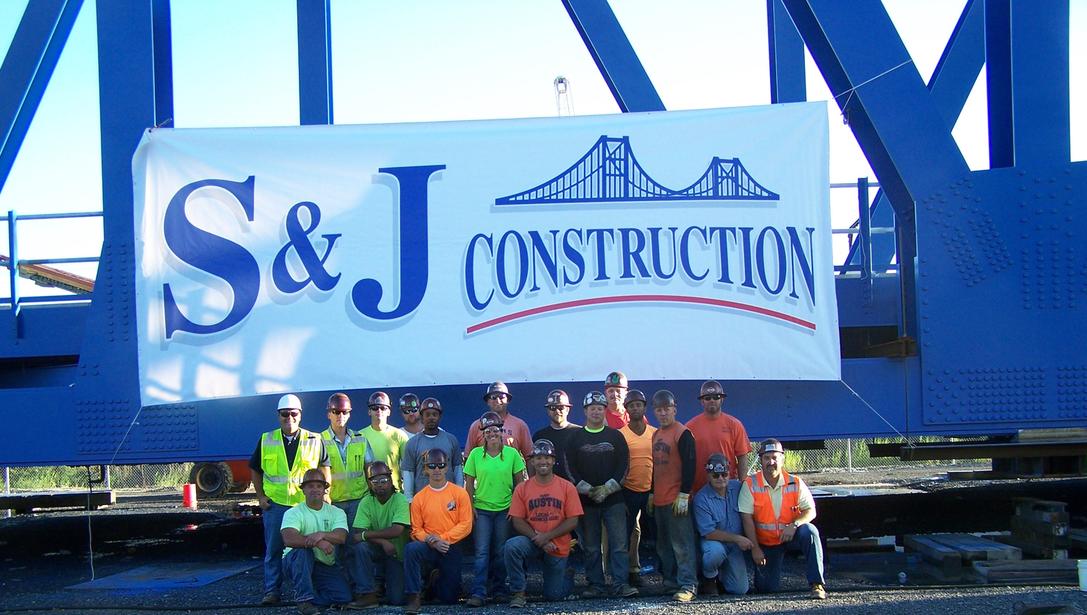 S&J Construction Co. was founded in 1981 by Simone and John Kapovich Sr. in South Holland, Illinois.  John retired in 1999.   Simone purchased his share of the company and maintains 100% ownership.   The main office resided in South Holland, two other locations were also rented by S&J to house equipment and personnel.  In September of 2013, S&J moved to its current facility in Oak Forest, Illinois.  The move to the new facility enabled S&J to join the bridge division with the signing and drilling division and all of its equipment under one roof.

S&J Construction is a heavy and highway union contractor; specializing in bridge construction to support vehicular, railroad, and pedestrian traffic, which includes structural steel and precast.  Our work also includes structural steel repair of highway and railroad structures; shoring installation for jacking and structure support; drilled shaft concrete foundation installation; overhead sign structure installation and removal; highway signing; and miscellaneous concrete foundations work.  S&J Construction performs work as a General Contractor and a Subcontractor.  We take pride in giving our customers a project that is at the pinnacle of safety performance, quality of work, and on time delivery in meeting the schedule.  We have been involved with many of the most complex highway and railroad projects in and around the Chicagoland area.  The expressways, interstates, and major thoroughfares S&J has worked on include: the Kennedy and Jane Adams (I-90); the Dan Ryan, Bishop Ford, and Edens (I-94); I-80; the Stevenson (I-55); the Ronald Reagan (I-88); the Tri-State (I-294), the Eisenhower (I-290); the Veterans Memorial (I-355); the Elgin-O'Hare (I-390); Rt. 53, the Chicago Skyway, Lake Shore Drive, Wacker Drive, Columbus Drive, and Congress Parkway.  The value of the projects we perform with our own forces range from 5 thousand dollars to 20 million dollars.

S&J Construction Company’s personal and professional integrity is our most valued attribute.  We take pride in teamwork; working closely with the owners, general contractors, engineers, designer, inspectors, fabricators, and anyone else involved with a project.  Our relationship with them is built on honesty, credibility, and mutual respect.